Spectator Sports and Sports Media: Collapse, or Come Back? Presented by CAA of Washington D.C.

Take me out to the ball game … maybe?

We are all rooting for it, but under the wishful cover of a miraculous return, the anxiety is palpable.

Spectator sports are the antithesis of social distancing.  They are, arguably, non-essential businesses, but they have been an integral part of life going back at least to Roman times.  In today’s era, in addition to the professional sports leagues and their athletes, there are the stadiums and arenas, their operations, plus all the associated economic activity, from the food service industry to public transportation, that are critical for governments.  All the while, there is the sports media, which is desperate for stories to cover and advertisers/sponsors who crave content on which to place their ads.

Please join our virtual town hall as one of the top experts in the field, Adjunct Professor Sal Galatioto, discusses the current state of professional sports and sports media, answers your questions about their prognosis and suggests possible ways they can redefine themselves as viable businesses in the post-pandemic era.

100% of the ticket proceeds will be donated to Capital Area Food Bank initiative.

Salvatore Galatioto is President of Galatioto Sports Partners, the leading firm in the sports finance and advisory business. For more than 20 years, he has overseen engagements in more than 100 transactions in the major U.S. professional sports leagues as Financial Advisor, Arranger and Agent. Key clients and relationships include ownership and management of the Boston Red Sox, Brooklyn Nets, Charlotte Hornets, Chicago Cubs, Chicago White Sox, Cleveland Indians, Florida Panthers, Golden State Warriors, Los Angeles Angels of Anaheim, Los Angeles Dodgers, New York Giants, New York Yankees, Oakland A’s, Ottawa Senators, Philadelphia Flyers, Philadelphia 76ers, Phoenix Suns, Portland Trail Blazers, Sacramento Kings, San Diego Padres, San Francisco Giants, Seattle Seahawks, St. Louis Blues, Tampa Bay Buccaneers, Tampa Bay Lightning, Tennessee Titans, Washington Nationals and many other high-profile franchises.  Before forming GSP in early 2005, he was a Managing Director and Head of the Lehman Brothers’ Sports Advisory & Finance Group, which was founded upon his arrival in 2001. The group was responsible for all corporate finance and advisory functions related to the sports industry. During his time at Lehman Brothers, Mr. Galatioto built on his prior relationships and experience to position the group as the premier franchise of its type on Wall Street.
Prior to joining Lehman Brothers, he was a Managing Director and Head of SG Cowen Securities Corporation’s Sports Advisory Group (SG Cowen was a wholly-owned subsidiary of Société Générale). Mr. Galatioto joined Société Générale in 1993 and established the Sports Advisory Group in 1997. Before taking that assignment, he was the Regional Manager of that institution’s East Coast Region, which encompassed one of its largest U.S. corporate lending units with over $5.2 billion in commitments. Previously, Mr. Galatioto was employed by Westpac Banking Corporation from 1984-1993. His last position at Westpac was Senior Vice President and Manager of the Corporate Finance Unit, which focused on leveraged finance, debt restructuring and specialized insurance lending.
Mr. Galatioto holds a Masters of Business Administration from the Thunderbird School of Global Management with distinction and high honors and a Masters of International Relations with honors from the Fletcher School of Law and Diplomacy. He graduated magna cum laude from Hunter College with a B.A. in History and in 2009 was voted into the Hunter College Hall of Fame. Mr. Galatioto served as a member of the Advisory Board of the World Congress of Sports from 2002 through 2007. He also serves as an Adjunct Associate Professor at the Columbia University Graduate School of Business. In 2010, Mr. Galatioto was named one of Street & Smith’s Sports Business Journal’s 50 Most Influential People in Sports Business. In 2018, he was named one of Sports Business Journal’s six “Champions: Pioneers & Innovators in Sports Business” and, accordingly, was honored at the 2018 World Congress of Sports.

Thomas Heath is a business reporter and columnist, writing about entrepreneurs and various                companies big and 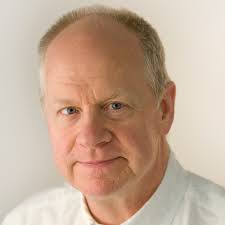 small in the Washington Metropolitan area. He has written about the business of sports for The Post’s sports section for most of a decade. He has also covered local news, including the Maryland General Assembly and investigative work in Fairfax county. He has served as a correspondent for Newsweek and The Post, participating in coverage of the Oklahoma City bombing, the Unabomber and the O.J. Simpson trial. Heath was born and raised in Syracuse, N.Y., where he attended Catholic schools. He is a graduate of Fordham University and was a 2001-2002 fellow at Columbia University’s Knight/Bagehot business fellowship program.

Presented by the Columbia Alumni Association of Washington D.C.

Co-Sponsored by the Wharton Club of the National Capital Region