CAA Washington, D.C. | Inseparate and Unequal: The unfulfilled dream of an equitable education in America

Please RSVP at the ticket link for access information.

It is an annual ritual for students around the country to read and recite Martin Luther King Jr.'s eloquent speeches and calls for social justice. But throughout his career and until his death in 1968, one would be hardpressed to find much about schools and education.

"Separate But Equal" was ruled illegal by the Supreme Court in 1954 so perhaps there were more pressing matters at that time. But while King's message inevitably transformed throughout his years from the struggle for decency to calls for genuine equality including education, the endemic racism was transforming too; parents separating their children from those of color one way or another. And one way or another, the minority students have continued to remain disenfranchised by what some sociologists call opportunity hoarding.

Dean Carter's remarks will be followed by Q&A. 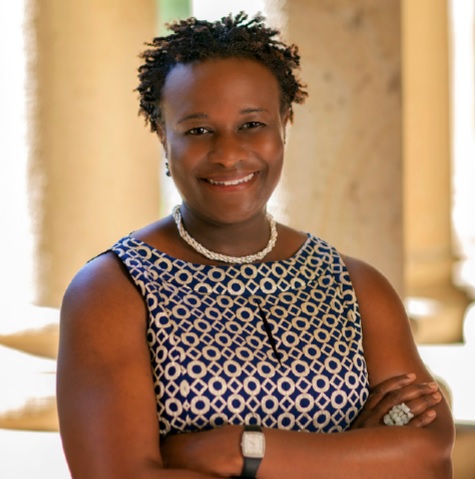 Prudence L. Carter is the E.H. and Mary E. Pardee Professor and Dean of the Graduate School of Education at Berkeley. As a sociologist, her primary research and teaching agenda focuses on causes of and solutions to enduring social and cultural inequalities in schools and education.

Dean Carter’s expertise ranges from issues of youth identity and race, class, and gender, urban poverty, social and cultural inequality, the sociology of education and mixed research methods. Specifically, she examines academic and mobility differences shaped by the effects of race, ethnicity, class, and gender in the United States and global society.

Before being appointed Dean at Berkeley, she was the Jacks Family Professor of Education and Professor of Sociology (by courtesy) at Stanford University. She was also the Faculty Director of John W. Gardner Center for Youth and Their Communities, and the Director of the Research Institute for Comparative Studies in Race and Ethnicity.