This event will take place virtually at 3:30pm PDT/6:30pm EDT. Not in PDT or EDT? Check your time zone.

Carte Blanche relates an alarming reality—how the right of Americans to say “no” to risky medical research is being systematically eroded. For decades, medical research has been legally conducted on trauma victims—who often are people of color—without their consent, or even their knowledge.

In her discussion with Dr. Frances Onyimba, Washington, the author of Medical Apartheid, will expose a large-scale violation of patient, civil, and human rights. In 1990, the Department of Defense forced an experimental anthrax vaccine on ground troops headed for the Persian Gulf. After two 1996 loopholes to federal law permitted research to be conducted even on private citizens, the military quietly used the dangerous blood substitute PolyHeme on non-consenting victims. Since then, more than a dozen studies have used the consent loopholes to impose risky and potentially deadly drugs and devices on research subjects without their knowledge, especially in people of color, many of whom were already justifiably distrustful of documented racial bias in medicine. Carte Blanche is an exposé of a U.S. medical-research system that has repeatedly shown that it is untrustworthy.

There will be time for moderated audience questions. 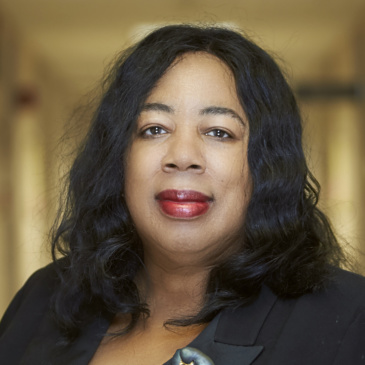 Harriet A. Washington is the author of Medical Apartheid, which won the National Book Critics Circle Award, the PEN Oakland Award, and the American Library Association Black Caucus Nonfiction Award. She has been a research fellow in medical ethics at Harvard Medical School, a senior research scholar at the National Center for Bioethics at Tuskegee University, and the recipient of a John S. Knight Fellowship at Stanford University. She lectures in bioethics at Columbia University. Her books also include A Terrible Thing to Waste and Infectious Madness. Follow her at @haw95. 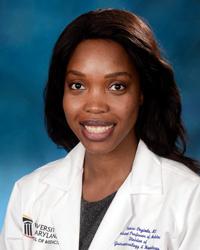 Frances Onyimba MD is a gastroenterologist at the University of Maryland Medical Center with a focus in esophageal diseases and GI motility disorders. She completed medical school at Columbia University College of Physicians and Surgeons prior to completing her internal medicine residency and a fellowship in GI motility and Neurogastroenterology at The Johns Hopkins Hospital. She subsequently completed her general GI fellowship at University of California San Diego, where she served as a chief fellow. In 2019, she was selected into the Young Physician Leadership Scholars Program by the American College of Gastroenterology for leadership development and physician advocacy. Her interests include health communications and innovative programs and practices within healthcare.

Columbia Global Reports is a new publishing imprint that's producing four to six ambitious works of journalism and analysis a year, each on a different underreported story in the world. Authors are commissioned to do original on-site reporting around the globe, and are on a wide range of political financial, scientific, and cultural topics-stories and ideas that matter. Books are novella-length and offer new ways to look at and understand the world that can be read in just a few hours.