Columbia Film Screening "The Mend" opening in LA this weekend

Posted by Kenya Robinson on 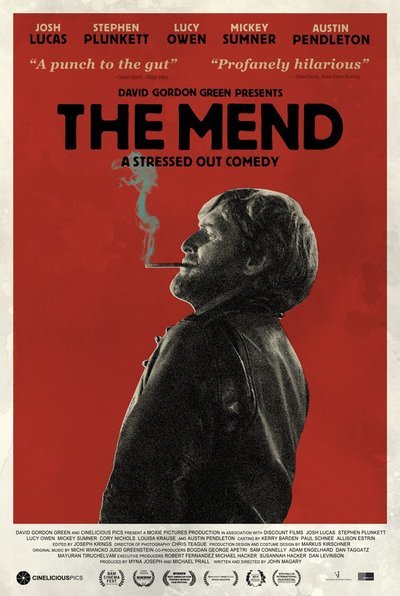 Come out and support fellow Columbia alums in their successful collaborative work "The Mend".  The film received rave reviews from the New York Times and premieres this weekend in West Hollywood.

Join us for the "The Mend" showing this Sunday at 4:15pm followed by drinks afterwards with the film makers at the bar/patio area of the Sundance theater.

Be sure to purchase your movie tickets through this link for Sunday at 4:15 - Sundance Cinemas

and RSVP below at the bottom of the page if you are able to join after the screening for drinks.  (Additional details will be emailed to those who have RSVP'd on where to meet in the bar/patio area.)

FYI:  Additional screening times for "The Mend" are this Friday – Sunday:

THE MEND (2014, Cinelicious Pics, 111 min.)  For anyone who’s ever loathed and loved a sibling in equal measure, The Mend is the wonderfully strange and acidic debut comedy from writer / director John Magary.  Shot through with the wicked humor and anarchy of Bruce Robinson's Withnail & I and Mike Leigh's Naked, The Mend follows a mismatched yin-yang pair of NYC brothers, loose cannon Mat (Josh Lucas in a career-best performance) and put-upon Alan (Stephen Plunkett) as they stagger dimly towards some understanding of love, women, masculinity and what it truly means to be a brother. Featuring a gorgeous, minimalist score by Michi Wiancko & Judd Greenstein and beautiful, fluid cinematography by Chris Teague (Obvious Child), the film unfolds as three stylistically distinct but interwoven acts, each with its own mesmerizing rhythm.  With superb supporting performances by Mickey Sumner (Frances Ha) and Lucy Owen as the brothers’ sharp-tongued girlfriends.  “Bizarre and beautiful and organic” – David Gordon Green.

Columbia Alums involved in the project:

Sorry, this event is sold out.